Life! It's A Shame

All right. It's been a while, but I'm going to start doing this (week)daily from now on. To accomplish such a superhuman feat, I decided to answer just a few questions each day rather than an entire issue's worth at once. Please, let me know if you approve of the new format. The best way to do this would be to never contact me, ever.

Move over, Shiloh. Nicole (Richie) and Joel just had one beautiful baby girl. As the mother of a 3-year-old beauty, I know the pleasures that lie ahead for them. I wish the new parents all the best.
Kerri Miller
Webster, Mass. 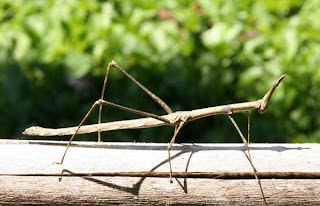 Nicole Ritchie sunbathes after giving birth
Yeah, move over, Shiloh! Ain't nobody give a damn about your stankin' ass no mo'. This business is all about youth, kid, and once you hit 3 months you might as well move into a fleabag motel and start shooting junk. Also, if I may be blunt, you've become a bit of a fattie, and that shit isn't gonna fly in this town, sister - not on my watch. And if there's one thing you can say with near certainty about Nicole's spawn, it's that she probably isn't going to have a problem with childhood obesity. I must therefore implore you, for the sake of your own dignity, to stop trying to get the paparazzi to cover your every belch and gurgle, and let the next generation have their moment in the sun. It's the right thing to do, and a tasty way to do it. Don't be a little bitch.

As for you, Kerri: I'm not exactly calling you a punk-ass liar when you tell us how attractive your tot is, but consider this: There's no shortage of hideously ugly babies out there - somebody has to grow up to become all these ugly adults, no? - yet I bet all of their mothers think their own kids are "beauties" as well, much the way nobody thinks they, personally, lack a sense of humor. So maybe - just maybe - you should shut the fuck up before you look more a fool than you already do.

I don't know why I love you,
John

Jamie,
Of course they aren't. They're also fodder for the fantasies of other lesbians. See, this is why lesbians get a rap as man-haters: why so defensive and self-righteous all the time? Why can you not allow red-blooded men to masturbate to art you view as significant social commentary on your particular experience? You get to feel validated, they get to feel the sweet temporary release from dread that orgasm affords, and believe it or not, there's nothing worth constructing a political agenda out of in the entire exchange. So why don't we join together, based on our common humanity and mutual love of breasts, and admit that one man's soft-core porn is another man's (no offense) richly observed subculture study.
Anyway, if it wasn't for the soft-core porn element, do you honestly think that show would still be on the air? Despite what you may believe, this country, for the most part, does not in the least resemble the Bryn Mawr Women's Studies program (though they do wear a lot of flannel and mullets in the South and Midwest), and a show about the vicissitudes in the life of the Average Lipstick Lesbian without the T&A would draw about as big a share of viewers as the pork futures market report or whatever boring crap they show on basic cable at 3:30 am on Sunday morning. So you should be thankful for the lecherous men you seek to condemn - without them, you'd have to wait for reruns of Ellen to glimpse a mirror into your world. Or, alternatively, you could get on with your own lesbian life in the real world and not look to Hollywood to serve it back to you in melodramatically amplified form. It's a little suspicious to accuse others of voyeurism when you're all watching the same thing, you know.
Now take off your bra!

I'm going out looking for a cynical girl,
John

For you to describe Mary-Kate and Ashley as "bizarrely garbed fashionistas" is a hoot.What it shows is that $300 million may buy bodyguards, cigarettes and a lot of booze, but it certainly does not buy style or fashion sense.
Chris Sullivan
St. Louis, Mo. 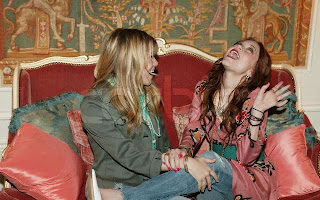 Howler Monkeys: So Like Us
Sully,
Actually, the term "bizarrely garbed fashionistas" is not so much a "hoot" as it is a "glaring contradiction". Nevertheless, this is no time for a semantics debate, because you bring up a Serious Issue: The fact that money doesn't buy style or fashion sense (though I admit I'm having trouble seeing the difference between the two). Now, it would have been hackneyed if you'd claimed money doesn't buy happiness, because that crusty old truism has been hauled out every thirty seconds for the last billion years to explain some captain of industry's suicide or Orson Wells' nostalgia for his sled or blah blah blah. But now you're telling us money can't even buy you the shallow and superficial, which flies in the face of all conventional wisdom. Let's be clear: if money can't buy you happiness or fashion sense, what the hell good is it? I mean, products I can steal, and hookers I can just get really drunk and then duck out the fire escape without paying, but if money isn't going to enhance my sense of self-worth in any manner, maybe I should just move to the friggin' Sudan, where at least life will be unpredictable. On the other hand, you do make the case that money buys cigarettes and a lot of booze, so perhaps it's best to just stay where I am.

Making fun of bums - bad karma thing to do,
John
Posted by John at 6:42 PM

Whoa. A Too Much Joy reference.