Well, I've finished my first week of posting daily, and I only considered taking up heroin twice. Since my stint in the Army had me considering shooting heroin hourly, and I managed to last 4 years in that "profession", I'd have to call this little blog experiment an unqualified success. With one qualifier: it hasn't made me any richer. And after a full week, don't you think it should have?

Before we move on to the letters, some shout-outs (you can skip the next 2 paragraphs if you're just here waiting for the bile to spill): Thanks to Violent Acres for her post about my blog, which increased traffic to this site by about 2,000%. Solely based on this fact, I approve of everything she does in this life, and recommend you all go check her blog out (even though 99% of you came here from there anyway). I only hope she doesn't turn out to be some pedophile or something which will cause me to regret my endorsement.

Secondly, I went to see my fave rave Bob Mould at the Great American Music Hall on Wednesday, and I was very pleased with the show. I was a little apprehensive going in, because let's face it, neither of us is getting any younger, and it can be a bit pathetic when an artist and their audience are approaching middle age and their concerts end up being nostalgic wank-fests/cash-ins, but the man rocked pretty damned hard and still seemed relevant, even when peddling the Husker Du and Sugar stuff (I myself was very happy to hear "Divide And Conquer" and "New Day Rising"). My only complaint would be that the drummer seemed a bit sloppy - well, that, and it was too friggin' loud, ya damn punks! This ain't the Mabuhay Gardens in 1981! Some of us old bastards need our hearing so that we may note the faintest creak in our residences at 4:00am and bolt upright in bed, paranoid that somebody's trying to break in. Trust me, that's the only excitement left to you after you turn 35. My point is: go see him if he happens to swing by your hamlet. Anyway, sorry for the love-fest, but occasionally it's pleasant to write about subjects that don't make me want to projectile vomit all over my monitor.

Finally, to answer the question e-mailed to me by reader Tony: No, I'm pretty sure something like that isn't possible (and if you think I'm going to post the disgusting fucking picture you attached in your e-mail here, you had some crack rocks mixed in with your Cocoa Puffs this morning). Even if it is possible, I don't want to know. Images like that are what the phrase "ignorance is bliss" was coined for, ass-wipe (I don't really think you're an ass-wipe; I just hate ending sentences with prepositions). Also, as those of us who've actually seen vaginas up close can attest, that shit's obviously Photoshopped. By the way, thanks for including the 47,000,000 forwarded addresses in your e-mail. I'm sure when I start my own Viagra spam campaign your friends will be thrilled that you didn't know where the "backspace" button was located on your keyboard. Thanks for writing, and may the times you see only one set of footprints be the times that God carried you.

Why can't everyone just leave Britney alone and let her try to get her life back on track? This poor girl has been misused by the very people who should have been protecting her. I personally feel very sorry for her. Let's not forget that she is a young mother who is suffering from a mental illness. I hope she starts surrounding herself with people who genuinely care about her.
Eileen Hutchinson
West Linn, Ore. 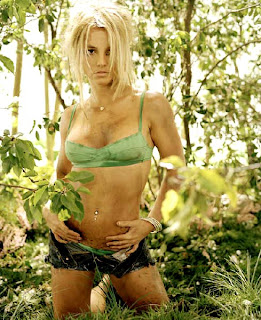 In hindsight, this is when Britney was actually wholesome
Yeah, Eileen, I can't imagine why "everyone" won't leave poor Britney alone. Surely not because cover stories on her trainwreck of a life equal newsstand sales, or because even readers who claim to find the whole sordid saga unappetizing nevertheless feel strongly enough to write letters to shitty magazines that cannily attempt to deny their own complicity in the whole process. What kind of topsy-turvy Bizarro World have we become trapped in when celebrities self-destructing become fodder for water cooler conversation? Next thing you know, political sex scandals will become the lead stories on the nightly news! Oh, for the good old days when the famous were all upstanding Christians and the tabloids were filled with recipes for pecan pie.

Anyway, I don't really see how she was "misused" - as far as I can tell, she was used, in perfect accordance with the way most people are used. If she had been misused, she'd probably be the model of mental health and integrity right now. Because, see, in this case being used is a bad thing, so to be misused would be - oh, fuck it; something tells me you're not going to get the joke here no matter how remedial I make the explanation.

I don't think anybody's forgotten she's a young mother suffering from mental illness - not when it's plastered all over every form of media on a weekly basis - but maybe you're forgetting that she's an incredibly wealthy mother suffering from etc. etc. Perhaps you should save your pity for the mentally ill mothers who are living on the streets with their fucked-up, doomed kids in every city in the world. On second thought: don't bother. There's nothing sexy about some boil-ridden hag with a load in her drawers smelling up the entire subway system and nattering on about the chip the government's implanted in her brain. We're here to help Britney get her life back on track. Gosh, how will she ever go about picking up the pieces? If only she had access to the finest mental health professionals and detox clinics in the galaxy, as well as some sort of round-the-clock live-in daycare workers for the kids! Ah, cruel fate! How could a loving God allow such injustice? Oh, well - guess there's nothing she can do at this point but wait to die like a common mule.

Everyone has the right to decide which religion they wish to belong to, including Tom Cruise. If he does not want to be criticized for his belief he should stop professing that his chosen religion is the only way to live your life. The public wouldn't be so quick to judge Mr. Cruise if he did not come across as a narrow-minded know-it-all. If Scientology really is a wonderful religion, people will realize it; he does not have to force it down their throats. It's time for Tom to relax.
Jessica Buzinski
Saskatoon, Sask. 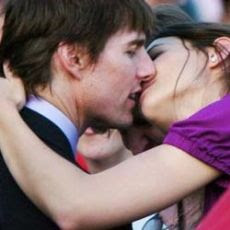 Jessica,
How generous of you to include Tom Cruise among the people who have the right to decide which religion they choose to belong to. Does he also have your permission to make a poopy in the potty all by his widdle self? Or should those kinds of decisions be left up to our benevolent government?

You're correct about the proselytizing, though. I don't see why every single other religion on Earth can seem to get by without its adherents trying to shove their beliefs down our throats, but not $cientology. I mean, good holy fuck, everybody knows religion doesn't need a marketing department to spread the message - people will just naturally come to it of their own volition if it's "really wonderful". This principle holds true across all disciplines, which is why Ikiru is the number one box office hit of all time and Singles Going Steady has been in the Top 200 of the Billboard pop charts for the past 30 years. Stupid Scientologists - when will you learn to be more like those symbols of tolerance and humility Pat Robertson and Kirk Cameron? Did Battlefield Earth teach you nothing? You're never going to attain the level of Operating Thetan if you can't control your impulse to preach.

But back to you, Jessica: Scoff at the cult of Cruise and Travolta all you want, but if you're looking for a worldview that offers tangible results, Scientology would seem to have an inordinate amount of rich and famous followers. Heck, if I was the kind of confused rube who needed a spiritual crutch I'd be more willing to believe Tom's religion was the One True Way than that of 2 pasty-faced bicycling virgins in cheap white Sears business casual shirts just based on the success of its most visible members (who have the Mormons got - Mitt Romney? And if I was a Jehovah's Witness I'd want to seriously downplay the fact that Michael Jackson and Prince were part of the flock). Besides which, since you're doling out Constitutional rights to the guy, surely you want him to have freedom of speech as well as freedom of religion, right? I mean, if you start abridging Americans' freedom to express themselves, the next thing you know nobody's allowed to write dick-brained missives to pop culture rags, and we're both totally fucked. And not in the good way (anally), either.

Don't you realize this is Respectable Street?,
John
Posted by John at 3:46 PM

I think the blog admin must be a fucking hotty.