When Alicia Keys returned from her Egyptian vacation, was she actually worried about how many breaks she'd get between interviews? With all of the resources she has, I'd rather have read about her setting up a foundation in memory of the family member she lost to cancer.
R.M. Sheridan
Keyport, N.J. 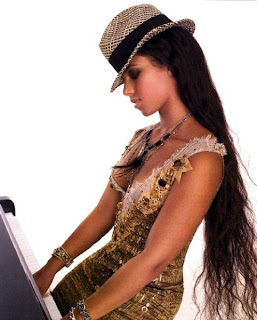 "For my next number, I'd like to do a cover of one of my
favorite songs. This one's called 'Meat Hook Sodomy'.
C'mon, give it up for Cannibal Corpse, y'all!"
R.,
Me too! That sounds like it would be a super fun read! Though if the family member's already dead, I don't see what good a foundation's going to do at this point. I mean, I'm sure she's wealthy, but it's not like the medical research community is going to be able to cure the disease if they could just raise a couple more mil or anything. I'm sure she recognizes what a great humanitarian you are by bringing up her personal tragedy to shame her about her success, though. I know I'm always hearing the wealthy express their appreciation for people with no money telling them how they should spend theirs. Just more proof that there's no animosity between classes in this country.

It is bizarre that she'd be worried about the breaks between interviews, though, isn't it? It's not like we regular schlubs ever get worked up over such trivial things, like having to wait in line at the drive-thru or forgetting to set the TiVo to record The Hills. No, we have the proper perspective, and therefore don't care if we have to spend every minute of our lives engaged in mundane routine, because we realize that merely being alive is the most precious gift of all. If I've said it once, I've said it 100 times: celebrities are the urinary tract infection coursing through the genitalia of modern society (except for Jeremy Piven, who is the gonorrhea). Thank God our culture doesn't put them on a pedestal. Nobody'd survive The Rapture if we all followed their example. And that would be a damn shame, because I know I, personally, can't wait to party with the Left Behind crowd. Those chicks are so proper and repressed you just know they're wildcats in the sack! Either that or really, deadly boring. Much like your letter.

The body of Christ is a cracker,
John

John,
Did you eat a pound of fucking asbestos or something before writing this? Your entire first sentence nearly gave me a grand mal seizure, you ass. I assume you're a male over the age of twelve (though you are a fan of Gossip Girl, so nothing is as readily apparent as I'd wish), and so you should never use chat-room/text message speak in mixed company ("mixed company" used here to mean "every non-plant form of life in existence"). Although I suspect your little instance of asininity is what got your letter published, because overall it's entirely lacking in content. I should also point out that 2.6 million viewers adds up to less than 1% of the population in this country, so you might not want to be advertising to the network execs just how poorly the show is doing if you're such a fan. Then again, it is on the CW, so they're probably happy to have anybody other than maximum security inmates and dogs who've learned how to turn turn on the TV watching. In any case, I haven't heard the term "Murray, KY!" since I worked as a male prostitute in a Jewish ghetto. So thanks for dredging up the painful (yet paradoxically wonderful) memories, as well. You are a dummy. 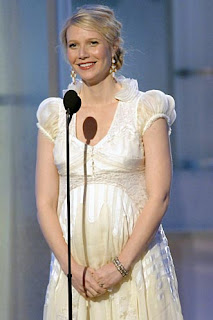 "Excuse me? Has anyone seen my contact lens?
It's blue, and round, and - oh, wait, it's in my eye."
Meg,
You know, it's amazing what people will tell you they "love" when you're providing them with shelter and clothing and allowance money and sex and tax breaks. Plus, I notice you live in Los Angeles, where even the air is full of shit, so you should take anything anybody ever says to you with a grain of salt, and then disregard it entirely. No kid who wasn't raised in a cult is gonna be excited about anything called "organic roast veggie sticks". And I thought it was common knowledge that anything even tangentially associated with Coldplay is to be avoided like Jeremy Piven after a burrito binge. Do try to keep up, darling.

I'm with you on the eco-friendly living, though. Last time I was in L.A., residents only used their Hummers if they were going to travel 4 blocks away or more, and refused to buy any marijuana that wasn't grown locally. I'm just glad that the environmental practices used by countries like China and India are in no way going to counteract our efforts here, since it's an established fact that their pollution will be unable to break through the lines of longitude that separate their continent from ours. Good thing we started the Green movement after they invented maps, or we'd all be doomed. Doomed, I say!

Southern girls, you got nothing to lose,
John
Posted by John at 4:53 PM