You're Such A Super Lady

People, Most Recent Issue (Can't read the date on this copy, sorry)

What I find most disturbing about polygamists is that they promote a lifestyle with the same problems that have plagued much of America for decades: parents switching between multiple sexual partners, uneducated women in near-constant states of pregnancy and girls growing up with little self-esteem. This just demonstrates that when practices are cloaked in the sacred veil (or, in this case, dowdy pioneer frock) of religion, they are often just the same old sins.
Robyn Keyster
DeKalb, Ill.

Robyn,
Things must be pretty bad in DeKalb if you consider swinging parents and stupid, habitually pregnant women perpetual problems in American society. In fact, it's a good thing you didn't throw in a line about the crack epidemic, or I'd be inclined to regard the litany of social woes you describe as "plaguing" us as somewhat racist rantings. Luckily, you didn't, so I'm sure you're just concerned about the social injustice inherent in a free and democratic society.

You're correct in your assertion that religion tends to promote low self-esteem in girls, too. I wonder why that would be? When I read most holy books, women seem to be so highly regarded! Why, in the Christian Bible itself, Shirley the most compassionate and loving of all major religious texts, I defy you to find women represented as anything less than The Divine Master's most perfect creation. I believe history has borne this interpretation out. I mean, who can forget the beloved Pope Mary Catherine, or the Church's many suffrage movements throughout the centuries? It's a conundrum, to be sure. Thankfully, this is a secular country, and we're not about to start dispensing special benefits to people just because they claim to have fuzzy, non-falsifiable "spiritual" beliefs, so I'm sure this whole cult thing was just a fluke.

Nevertheless, I'd appreciate if you'd refrain from casting aspersions on dowdy pioneer frocks, if you please. My first wife was a dowdy pioneer frock, and she bore me three beautiful frumpy table napkins (all named Jeremy Piven), and I don't think it would help their self-esteem to hear their mother mocked in print. Thank you.

Sorry, Hoda, I like you but I can no longer watch the fourth hour of the Today show since Kathie Lee has joined you. She was annoying with Regis and she is annoying now. When she is gone, I'll come back.
Cynthia Nostrant
Saline, Mich. 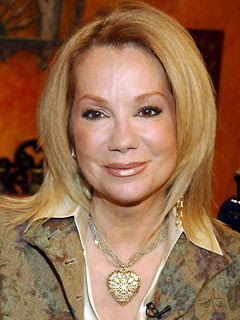 Chupacabra!
Cyn,
Your letter, much like the contents of a Jack in The Box taco, raises more questions than it answers. Who is Hoda? Some little green Jedi prostitute? And when you say you can no longer watch the fourth hour of the Today Show, are we to infer that you actually can watch the first three hours? Because I've got to tell you, that's still about 5 more hours than I can stand. Also, why does Kathie Lee only appear in the fourth hour of the broadcast? Did Regis somehow write into her contract that she would only be allowed to do an hour's worth of TV work per day for the rest of her life? If so, he should win the Nobel Peace Price, in my opinion! And another thing: What is Kathie Lee - like, in her 70s? Have you ever known people to become less annoying as they grew into senior citizens? I sure haven't. So there's really no reason for you to have included that sentence. And then there's the fact that you think some huge media conglomerate gives a rat's ass whether one lone viewer shuts the program off after three goddamn hours in the first place. It's all so baffling. You should write a mystery novel, or a screenplay for David Lynch! Don't hide your light under a bushel (whatever that means - I assume it has something to do with shaving your pubic region).

You're making out with schoolkids, winos and heads of state,
John

Entertainment Weekly, "Sex And The City" Issue '08 (That's what it says, for reals)

After reading your Where in the World Is Osama bin Laden? review (Movies), I found it pleasantly ironic to turn the page and see a review of Helen Hunt's Then She Found Me. Just recently I'd asked myself, "Where in the world is Helen Hunt?" Thanks for the update.
Barry Leibowitz
Cheshire, Conn. 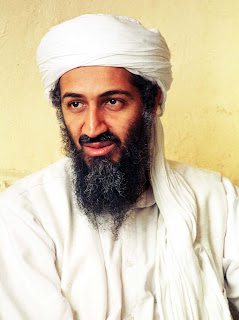 "Does this mean I now have to star opposite that bland Paul Reiser
in a horrible sitcom and endure constant comparisons to Leelee Sobieski?
Fine. You may kill me now, Western devils."
Barry,
You don't honestly expect me to believe you asked yourself that, do you? I hope not, because that would make you pretty damned retarded. I mean, I suspect that if I was teaching a special ed class and one of the students piped up, apropos of nothing, "Mr. John, why haven't we heard from Dick Van Patten for so long?" I probably wouldn't be all that shocked, but if my girlfriend left me a note that she'd be out late at her sister's and then added "By the way, do you know what Esther Rolle's been doing with herself lately?", it'd be time for counseling, or at least a trip to the NSA fuck-buddy section on Craigslist. I gather you see my point. If not, hopefully there's an authority figure around that makes sure you only use the baby scissors.

Also, I'm not sure you understand the meaning of "ironic". But you still get a gold star from me!

Look me in the eye and tell me that I'm satisfied,
John
Posted by John at 5:09 PM

Holy shit. Your letter to 'Barry' was da bomb!