I swear, I don't know how all these bloggers manage to blog on a daily basis. They must all be trust fund babies or have jobs that only require them to work an hour or so a day (i.e., managers/executives) to be able to fit it in. Well, I am neither independently wealthy nor a bastard, so please forgive my cretinous tardiness in updating. Also, please forgive the brevity of this entry, but I'm running out of interesting letters to respond to, so I'm half-assing it here. Then again, what do I owe you people? Nothin', that's what.

Tracey,
I wish more filmmakers would take a cue from Allen and start fucking their adopted children, personally. That way they could film it (you know 99% of directors have to have cameras set up in their bedrooms - and half of those probably shout out directions during the act, too: "I'm sorry, that moaning's not working for me. Could you try it a little more in the style of Me Ryan in the diner scene from When Harry Met Sally? That's it. Perfect. And, CUT!") and post it on the internet and we'd finally have some porn with real production values and a sense of vision. Not to mention the fact that, were Woody to sell his sex tape over the internet, he'd probably make more than the grosses of his last 30 films combined. Who's with me? Come on!

Speaking of screwing Woody Allen, I'm not convinced you aren't doing it yourself. Or possibly you're just his publicist posing as a lowly EW reader, since you went out of your way to badmouth teen sex comedies - which I will not stand for - and followed it up with some praise for a film of his that hasn't even been released yet. You're not exactly putting the "b" in "subtle". Still, if you are indeed a member of Mr. Allen's inner circle, do you think you could show him this screenplay I wrote? I figure he might have someone in his Rolodex who could direct it without making it suck.

Please don't call me Reg, it's not my name,
John 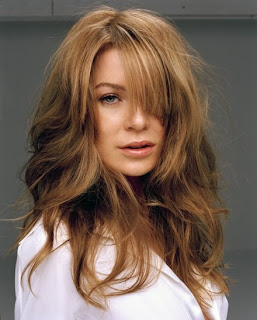 "Don't I look sultry and sexy? My secret: I was just hit by a car!"
Sam,
Guess that would explain why the show's so vapid and unappealing, then, wouldn't it? Now run along, afore I be forced to pee on you.

p.s. I was going to mock you for writing in about such an obvious chick show, but after noting your last name, I figured you've probably been mocked enough in your life.

Giving out their word 'cause it's all that they won't keep,
John

Heidi Montag must have been dreaming! She can't possibly think that we'd believe she looks like that when she wakes up in the morning. Heidi may want to take a cue from the other cast members who were confident enough to show their true selves.
Donna Alves
San Jose, Calif. 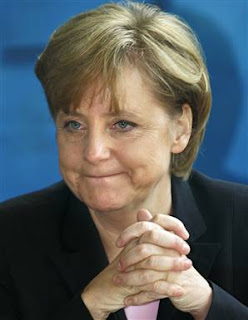 Heidi Montag: She can annex my pole-land any day
Oh, Donna,
Who did what, now? Heidi Montag - is she the chancellor of Germany? Because if she is, I can tell you from personal experience, the bitch looks absolutely ravishing when she wakes up in the morning. Also, though she once played the role of Danny Zuko in an off-Broadway production of Grease, she no longer has any other "cast members", so I haven't the muh'fuckin' foggiest what you're on about. Perhaps you meant to say "members of her cabinet". Maybe you should try studying history some time, so you don't end up sounding like such a total fucking donkey. People like you are the reason we're losing the lucrative plastic chew-toy industry to the Chinese.

I went to the chair and I sat in it,
John

As a Oliver Stone fan, I expect 'W' will be like his other films: wildly inaccurate yet fascinating.
Jeff Littleton
Dallas

Jeff,
I think you misspelled "irrelevant" and "boring as a pair of thumbs".

I'm sure that everybody knows how much my body hates me,
John
Posted by John at 9:07 PM

This is your funniest to-date. Keep 'em coming!