Diablo Cody voiced the opinion of all twenty- and thirtysomethings who squealed when news of a possible New Kids on the Block reunion broke out (Binge Thinking). People can mock all they want, but the five boys from Beantown still have a place in many hearts.
Jennifer Santos
San Francisco 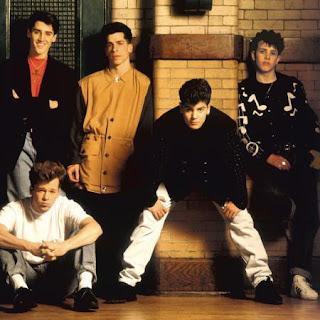 Constipation: It's not just for poor people anymore

Jen,
I don't know exactly what opinion Ms. Cody voiced, but if it spoke for grown-ass adults who squealed at the mention of a washed-up boy band reunion, I imagine it was something along the lines of, "Please forcibly sterilize us, for we are far too lame and hollow to be allowed to propagate our genes". I ask you: WTF happened to the generation who sneered at the Baby Boomers' pathetic attempts to relive their youths by paying ridiculous amounts of cash to attend concerts by irrelevant old bores like The Rolling Stones and Bob Dylan 30 years after they should have rightfully been banned from coming within 50 feet of recording equipment? Oh, right - they ended up paying ridiculous amounts of cash to see the Pixies reunion tour. Have you ever heard the expression "Nostalgia is the sign of a dying culture"? Neither have I, but it sure would seem to explain the State of the Nation today. I only pray this isn't merely the tip of the iceberg - I don't think I could stomach a resurgence of "Frankie Say Relax!" t-shirts or Bono constantly spouting off about oppressive conditions in the Third World (oh, wait - that never actually stopped). In fact, I'm going to do my part to save our country by going home and tearing down all my Leif Garrett posters off the walls right now! I'm kidding, of course - I'll never get rid of those posters. He may be troubled, but he's beautiful (his fave color is blue! ♥ Sigh ♥).

In any event, people will indeed mock all they want. And trust me, they'll definitely want. Still, it will all be worth it when you've spent your $300 for a ticket and Jordan looks right at you when he sings "I'll Be Loving You (Forever)". So, you've got that to look forward to. Followed by years of increasingly painful decay and eventual death. So it all evens out.

They shifted the statues for harboring ghosts,
John

Patrick Swayze has love, support and prayers on his side.
Sandy Sailer
Crown Point, Ind. 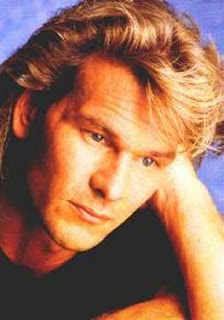 On further reflection, perhaps I should have eaten that last taco.
Sandy,
Those are indeed great things to have on your side. It's just too bad that pancreatic cancer has a damn-near 100% mortality rate on its side. But hey, if Oprah and The Secret have taught us one thing, it's that by merely visualizing himself without cancer, Mr. Swayze can easily rid himself of the disease. And if he can't, why, that just means he wants to have pancreatic cancer, right? Because if he didn't want to suffer, surely a benevolent God would reward his Positive Mental Attitude and devotion by granting him a full remission, no? I mean, otherwise, praying wouldn't be worth a clump of damp shit, would it? Still, if it's all the same to you, I'll wait to see how this one plays out before running off to join the Christian Scientists. I'm kind of a Negative Nelly that way.

I had the pleasure of meeting Patrick when my daughter performed in a recital at his mother's dance school. He was backstage telling all the little girls how pretty they looked in their costumes and wishing them luck. He is the quintessential gentleman and clearly a devoted husband. We are all praying for him to beat this disease.
Maureen Reider
Simi Valley, Calif.

Maureen,
See, whenever I go to dance recitals and tell little girls how pretty they look, I'm lucky to escape without a beating or a trip to the local jail. Fucking celebrities - the world is their oyster! Their supple, pre-teen oyster.

Anyway, I'm not quite sure, but are you implying that if he wasn't the quintessential gentleman and a devoted husband you wouldn't be praying for him to beat the disease? What if he committed a single indiscretion - say, while staying at a Holiday Inn in San Antonio while filming Father Hood? Because come on, he was lonely and he'd started out with the best intentions, just chatting by the pool, but there was an undeniable chemistry, and she was so genuinely interested in him, not like all the other starfuckers he'd met on location - it was a moment of weakness, a single crumbling of his resolve; we're all flawed, but you can't hold it against him forever, can you? He doesn't deserve to contract cancer because of it, for God's sake! Christ, Maureen, show a little compassion now and then. It will help to clear up your complexion. Your karmic complexion, I mean. Obviously, persons who have achieved Buddha Nature, such as ourselves, are unconcerned with temporal beauty. Speaking of which, can I get your daughter's cell phone number? You don't need to worry - I'm only concerned with her spiritual development. Thanks so much!

p.s. Sorry - when I wrote "spiritual", I actually meant to type "breast". That mistake always got me in trouble with the nuns at catechism, too. And I don't mean the sexual fantasy kind of nun trouble, either! OK, I do.

You are a vapor trail in a deep blue sky,
John
Posted by John at 3:36 PM